A couple of years ago during the summer months, Times Square was invaded by a group of women street performers wearing only a thong and having some strategic parts of their body painted in a patriotic theme, the US flag and NY logos. ‘Desnudas’. No problem being topless, it's legal in New York City, but a problem when they were posing for pictures with underage children (with their parents) and being a bit aggressive in soliciting more dollars for the photos. Compared to the Dizney characters also found in Times Square who were way too aggressive with tourists and many times got into scuffles over money, I didn’t see too much of nasty or aggressive behavior from the ‘Desnudas’, though sometimes they were called ‘Desrudas’.
There was quite a bit of competition between the ‘Desnudas’ and the Naked Cowboys and Cowgirls who were the resident street performers in Times Square. However there were enough tourist around to 'cover' all the performers. 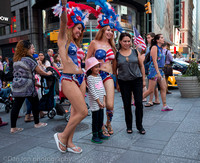 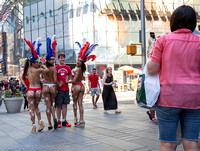 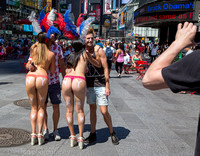 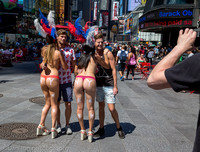 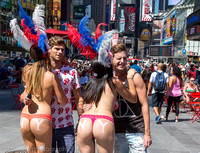 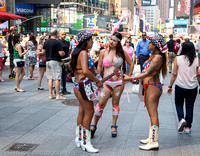